I’ll give the same disclaimer as always: I like to write long, so use the nifty headings for guidance!

Not much new here in terms of how the Marvel Legends line is presented. Nice big window box showing off all the accessories, beautiful artwork on the side panels, and collector friendly flaps requiring removal of only one piece of tape to get the figure and accessories out. There are a few added tie-downs inside the box that aren’t standard with Marvel Legens, but I imagine this was just to keep the bike neatly in place. There’s minimal assembly required and it looks like Hasbro disassembled as little as possible to get the bike to lay flat in the box. You need to pop some handlebars, saddlebags, and a holstered rifle onto the bike.

Probably the weakest portion of this figure is the sculpting and paint (we’ll get to that later) on the head sculpt. Unfortunately, a lot of that stems from one simple design decision: to make the leather cap permanently attached to the human Cap (see what I did there?)

This leads to a pretty uninteresting look when the blue helmet is removed. Beyond that, there’s no hair to soften the transition between the bottom of the leather cap in the back and the glaring neck joint sticking out below. When it comes to the lower face, there’s nothing obviously wrong about it, other than the fact that Cap’s left with these Funko-Pop-esque, lifeless eyes, staring stoically.

The neck shaping in the front is nice enough and the turtle neck texture going into the folds and intricacies of Cap’s red, white and blue outfit are also well-executed. The face and head, however, are probably the most important elements when considering the feel and impression of a figure, and this one falls flat for me. As I said before, this figure really needs an interchangeable un-capped head. Assuming Cap will always have his leather cap on greatly limits the posing options this figure presents without buying another Captain America figure to head swap.

The other thing I noticed, is that Cap’s arms seem a little disproportionately long on this figure. Check out the side shot up above at the top of this section. This may have been a practical decision so he could reach his handlebars (which is relatively easy compared some other figures out there), but still, it looks strange off the bike.

In short, this figure needs to be on the bike to look right. That’s a shame, because the bike only really balances with the kickstand down.

The sculpting on the motorcycle is definitely a step up from Cap himself. There are distinct differences between the smooth gas tank, the textured leather seat and saddlebags, and the headlights and taillights which are actually separate translucent plastic. One strange thing, though. The taillights are behind the saddlebags. Doesn’t seem road legal or generally safe…

There are a good amount of details throughout, like rivets, bolts, the engine block, latches, straps, and buckles, and tire treads.

If I had to nitpick and find a complaint, I could come up with a few. First, there are obvious screws rearing their ugly heads on the engine block and motorcycle body. This always takes away from the aesthetic, but is nothing new for Marvel Legends. Second, this might not be a sculpting issue as much a design issue, but the bike doesn’t really balance on its own without the kickstand. This hampers your posing a little bit. Third, the ammo box and holstered rifle that attach to the front fork of the motorcycle could use a better design to attach. They’re packaged separate so the bike can lay flat. The only thing is that the pegs don’t fit as tight as you’d like. Add the fact that the fork is a soft plastic and you’ve got the risk of bending or breaking the fork when pushing hard enough to try and attach those elements. One part I was really impressed with was the texture and woven seam on the front panel of the bike below the windshield.

And here we are again talking about the head. I really have no complaints about the paint application the rest of the Cap figure other than the head. It’s that damned leather cap again.

If the cap has to stay on, it might as well be executed well. Unfortunately, this isn’t. As you can see from the picture above, the paint application entirely missed the mark of the raised sculpted pieces where the goggles are supposed to be. This makes him look like a little kid wearing his dad’s ski goggles.

The motorcycle paint basically comes down to three things: (1) a white star on the gas tank, (2) silver weathering, and (3) silver accents on the buckles of the saddle bags. All of this is executed well and the paint is crisp, clean, and without smudging or running rogue outside the lines. If anything, this just leaves a lot of room for customization. The stitched seam I love so much on the front panel below the windshield could do with some shadow wash, and some differentiation between some of the other green mechanics of the bike underneath would go a long way here.

The leather webbing over Cap’s torso is removable if you want to get more extreme torso-twisting poses.

The front fork swivels like a motorcycle should, the wheels spin, there’s a swiveling kick-stand and, I think, that’s about it. What more do you want, really?

Cap comes with his bike, a WWII style shield, a removable blue helmet, a combat knife, pistol, webbing, and a motorcycle-mounted rifle.

Compared with the white-rim shield that came with the Cap and Peggy two-pack, the red-rim on this shield is a welcome change. I like the classic design and think it’s as iconic as the circular star shield. The shield can either peg to Cap’s back, which is a nice look, or strap to his forearm, thanks to a swiveling handle on the back. Be careful to attach the shield to a slimmer part of Cap’s arm because the soft plastic can bend out of shape and get loose.

The knife fits neatly in Cap’s left boot sheath, and his pistol fits nicely in his webbing holster.

The reason I bring that up is that I feel like you need both to really get the solid Cap with Motorcycle figure you’re looking for. The head sculpts and accessories need to be borrowed, mixed and matched between the two to come up with something like this:

Honestly, I think the picture above is the type of thing most of us want: the ability to pose the figure casually off the bike as well as on with the goggles.

In order to do so, you’re out around a Benjamin. Is it worth it? Not really. In my opinion, Hasbro should have given the fans one more complee set rather than two sets that feel like 70% to 80% perfect but just short of the mark.

That’s all for now. More later! DrunkWooky out! 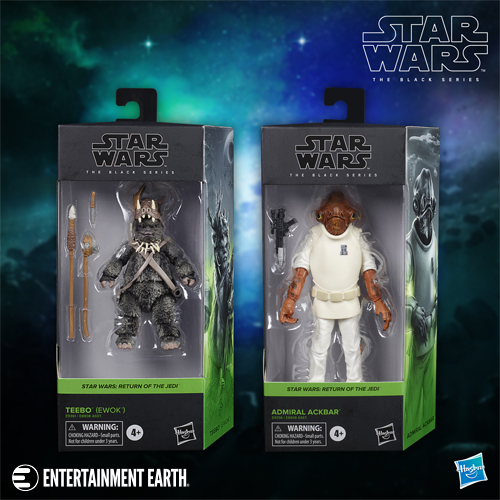